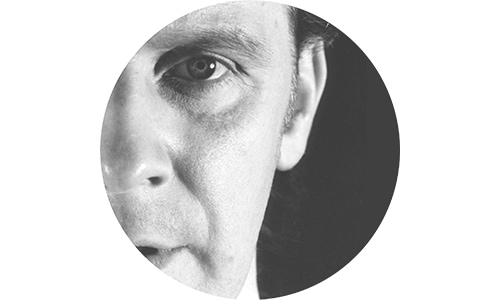 As a street photographer, I take an observational view of how our present circumstances govern our behaviour individually and in crowds. Progressively, we appear to interact with each other only on a synthetic basis. We attempt to mass connect with the aid of modern technology, but in so doing pay less attention to individual connection. I think this is compounded by the increasingly designed environment we inhabit. The codes we see, hear and read within it impact upon our behavioural processes and ultimately isolate us.

In developing scenes, I try to choose architectural backgrounds against which I can display separated figures, distributing or choreographing them across the frame. The architecture becomes incidental to a scene or situation that may or may not evolve within it. I tend to look for sites or places where people pass through without congregating. To begin with, if there is one figure or two or more figures who are positioned apart, I’ll wait until they’re joined by others in the hope that they’ll create a spatial and enigmatic dialogue. The figures often take on the look of stressed automatons acting out prescribed scenes. At a time when it’s becoming harder to discern what is human and what isn’t, their isolation from each other serves to emphasize an unreal and machine-like formality. These isolated figures don’t have to be interesting in themselves, so long as they create a narrative tension with others. It’s important that there is an element of movement from the figures. Everything must appear to be changing and in flux at the same time as retaining a spatial integrity. In an age wracked with anxiety and uncertainty, there is still a challenge to inject a boisterous creativity into a streetscape of robotic conformity.